Colleges
High School
Menu
High Schools
Colleges
Install the app
You are using an out of date browser. It may not display this or other websites correctly.
You should upgrade or use an alternative browser. 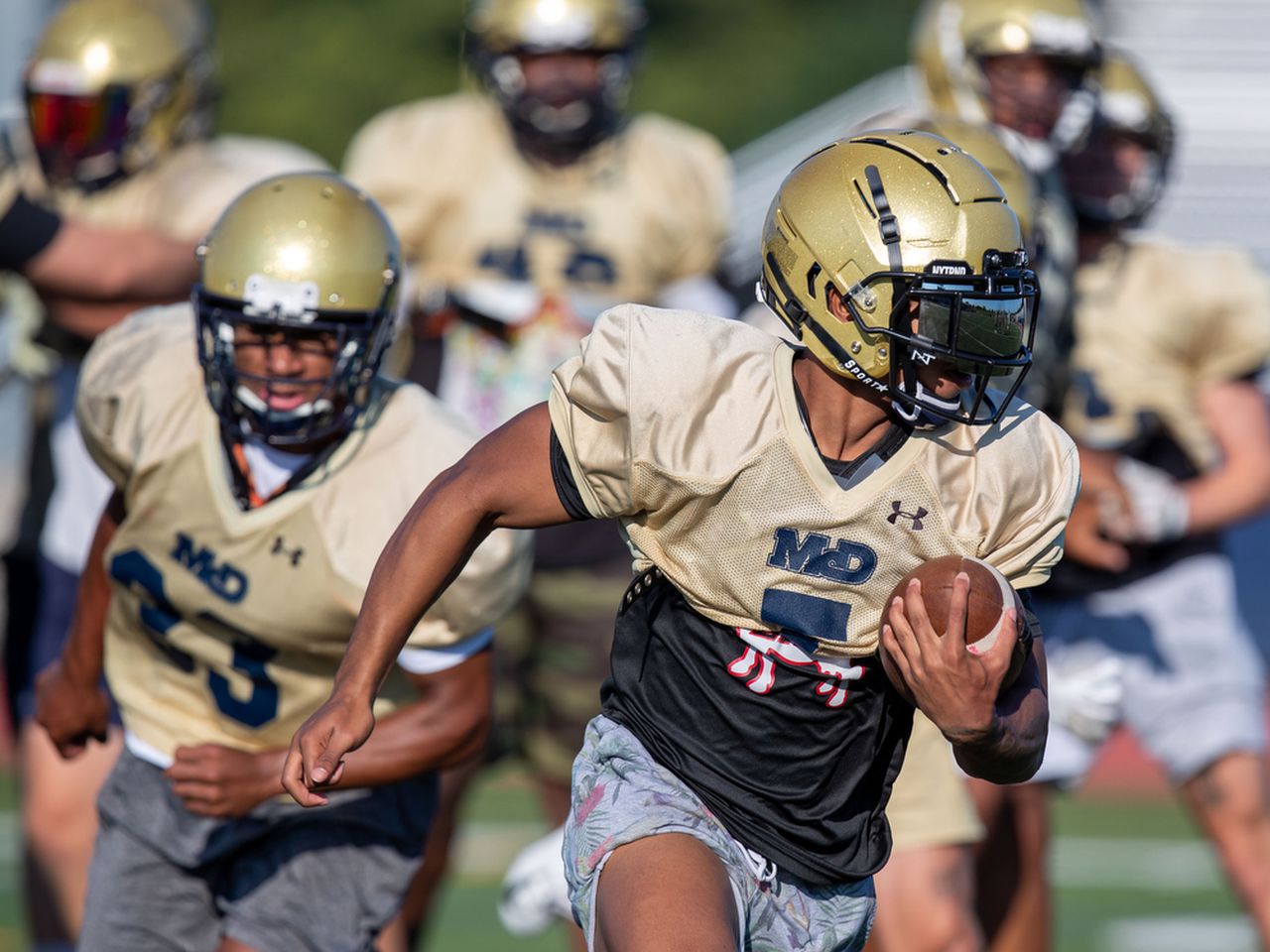 
Want to see a wide receiver with offers from the Georgia Bulldogs and Alabama Crimson Tide take on a team that has a running back that also has an offer from the defending national champs?

Or maybe you want to see a Big Ten-bound running back who was once compared to LeSean McCoy or a trio of Pennsylvania’s top quarterbacks. It might typically take a traveling football fan darn near an entire season to check off that list.


Not this year though.

Folks can get that done in just one weekend thanks to the slate that has been put together and the Chambersburg Peach Bowl Football Showcase.


Twelve teams will take part in the two-day affair — slated for Friday, Aug. 26 and Saturday, Aug. 27 — at Chambersburg.

“I’m really excited about the event,” Chambersburg athletic director Ron Coursey said. “I think it gives an opportunity to get matchups of teams that normally wouldn’t play one another or who may not even have known about each other. It allows you to get different teams from different regions to see what style of play is actually more competitive and more successful.”

Harrisburg, led by Temple commit Kyle Williams Jr. at running back, will then close out that first night against a stacked St. Vincent Pallotti team from Maryland. That game is slated to begin at 8:30 p.m., and Pallotti’s roster includes 6-foot-5, 190-pound receiver Nathan Stewart, a Temple commit, who is rated as a three-star commit by 247 Sports. Safety Alex Moore (6-1, 180) is a Maryland commit, and a pair of linebackers Mitchell Garner (6-3, 205) and Daniel Wingate (6-3, 205) are ranked among the top prospects in the state by 247 Sports. 
Among the highlights of the second day will be York, featuring quarterback Sam Stoner and running back Jahiem White, a West Virginia commit, taking on a talented Woodland Hills team at 2:30 p.m.

The 5:30 game will feature a pair of stacked state runners-up from a season ago. Bishop McDevitt, which made it to the 4A state title, has that big-time junior receiver — Rico Scott — with the Alabama and Georgia offers to go along with a list that also includes Penn State. His quarterback, sophomore Stone Saunders, was PennLive’s preseason All-PA first-team pick, and he also has a nice list of offers which includes Texas A&M. Crusaders running back Marquese Williams is a Minnesota commit, office tackle Gabriel Arena is a Virginia Tech commit and defensive tackle Riley Robell is headed to James Madison. Meanwhile, Imhotep, which made it to the 5A state title game a season ago, Imhotep’s offense is led by junior running back Jabree Wallace-Coleman, a Georgia commit. Its defense is loaded with Michigan commit Semaj Bridgeman at linebacker, Pitt commit Jahsear Whittington at defensive tackle, and one of the nation’s top safeties, Rahmir Stewart, patrolling the secondary with heralded corner Kenny Woseley Jr. Also, 6-foot-6, 230-pound sophomore defensive end Zahir Mathis is considered among the best in the country for his class.


Aside from providing folks with quality football that encompasses some top tier talent, Coursey said he feels that the showcase will benefit Chambersburg in a few other ways, like serving as a fundraiser to help its athletic facilities and bringing good exposure to the school district.

And he is optimistic that with the teams and players competing in this showcase the event will draw a lot of attention and become an annual one for the Trojans.

“The goal when we do events like this is that we want not only competitive matchups, we want them to be attractive matchups,” he said. “And in the end, I think we have six great games for everyone to see.”

Check out the schedule below:

Great stuff! Between this and the Battle at the Beach, this football season will start with a bang. I hope to see more of these types of kickoff events in the future.

NOTE: 8:30 start is a little rough.
Reactions: Stalker
You must log in or register to reply here.

Houston vs LA, Wake vs Mizu....today